My first semester of AP Computer Science is complete.  I really enjoyed getting the opportunity to learn hands on what it takes to create an App.  Here is a quick portfolio look at what I did and learned by creating an App for 4th Graders called SMARTIES.

The Process
1 – Observe my potential users – a group of Rowland Hall 4th Graders.
2 – Identify a problem my users were having that I thought I could solve with an app – Improve their Math Skills.
3 – Pitch App Idea with my users – 4th Graders are great at providing feedback and ideas.
4 – Design the Experience – starting with a Paper Prototype Sketch and then building out a full clickable prototype to get additional feedback and identify potential usability issues.
5 – Developing the Pseudocode for the app.

Discovery and Ideation
To come up with ideas for my app I got the opportunity to spend time with my target users, 4th graders.  I was able to observe my users while they were at school.  During my observation time the group was in their Math class.  I quickly realized that this was a smart group who loved to learn.  The idea hit me when the teacher handed out a quiz for them to take.  The quiz was timed and while everyone tried their best there were a couple 4th graders who struggled to complete the test on time.  When I talked to the teacher she also mentioned that a couple of the students focused on the time instead of on the problems so had an issue completing the problems accurately.  I then talked with those groups of students- they all wanted to do better on their tests and didn’t want to be last.  This resonated with me because I remember feeling the same way when I was a 4th grader.  I decided my app would help them in their confidence, speed and accuracy with Math.  Smarties was born.

Elevator Pitch
My computer science teacher, Ben Smith had each of us in the class create an elevator pitch and video explaining our app idea.  Here was my Pitch with the key features/requirements I identified.

User Feedback
We presented our pitches to the 4th grade class to see if the idea was interesting to the students.  Their teacher worked with each of them to provide us feedback on our apps.  The feedback I received from the students was positive and reinforced that I had come up with a good idea.  I was really impressed with the details the 4th graders latched onto and loved their detailed feedback.  I could really tell that they were paying attention to our pitches.  I felt confident that if I built it they would be interested in using it.
Link to full feedback collected

App Design
Now it was time to sit down and start designing the app. I had all kinds of ideas running around in my head.  I like to draw so I started out with paper and a pen.  The result was a quick and easy 4 page paper prototype.  Below are pictures of that paper prototype. 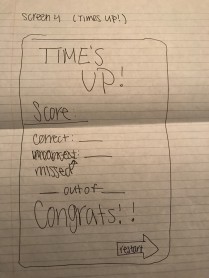 When I learned that we would get another opportunity to get feedback on our App from the 4th graders I decided to try to create a clickable prototype to really give the 4th graders something they could touch and try out.
Link to Clickable XD Prototype 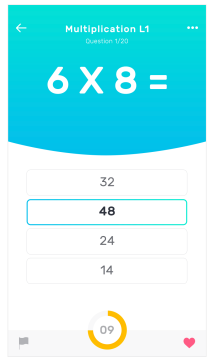 Developing the Pseudocode
Because it is an AP computer science class, the next step was to work through the Pseudocode and create a working prototype of the app.  During this phase I realized that I really like doing the research, ideation and design.  When it came down to writing and coding I didn’t mind doing it – it’s just not my favorite part of the process.  I would much rather work with developers to get the right features built and stay focused on working with users to ensure what is getting built will work for them. 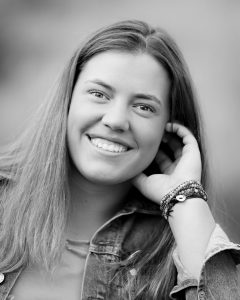 I am a sophomore at the University of Denver (DU).  Majoring in Applied Computer Science with a minor in Innovation and Entrepreneurship.  I am a member of the US Women’s Alpine Tech Ski Team and the DU Ski Team (NCAA D1)

My goals are to become a World Cup starter and pursue my dream to become a product planner/designer.